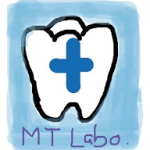 I asked Cory Mitchell to explain two scenarios that could play out in the global energy markets, and what it means for energy investors. Here’s Part 1 of his story.

Energy investors need to be aware there are two massive macro forces in our global markets and economies battling it out. One is obvious (and positive!), and one is not―it’s negative. But the new global credit crunch has brought this dilemma for energy investors into sharp focus:

But as I’ll show you,

2. If oil production declines, it will have a negative on global debt and GDP―declining oil production will in turn lead to a long-term decline in the global economy ? and a declining economy should push the price of oil down. The lack of continued growth in oil supply has been a constraint on global growth since 2004, says Canada’s Sprott Asset Management.

One scenario points to a higher oil price, and another to a lower price―yet they are two sides of the same coin. And while it’s counter-intuitive, lower oil production can potentially lower oil prices by constraining demand. As these contrasting forces play out now and in to the future, oil markets are likely to remain volatile.

The volatility created by this global battle will present opportunities for energy investors as the macro forces play out.

Oil production (and consumption) drives GDP and debt. While debt is often viewed negatively, it is what allows our economy to expand. When a consumer goes to the bank and gets a loan, money is created.

This money is then spent and deposited into someone else’s bank account, allowing the bank to grant another loan and so on. This is healthy for the economy as long as the process is not taken to extremes and leveraged too highly, like what occurred in the 2008 “credit crisis.”

US debt had been steadily rising but has now plateaued, as shown in Figure 1. The problem is, debt―and thus the economy―do not expand if oil production does not expand.
Figure 1. US Government and Non-Government Debt:

Figure 2 shows the high correlation of oil production and GDP. Oil production levelling off corresponds to the flattening in debt (above) and GDP that we are currently seeing. Oil production levelled off in 2005 and GDP is failing to get above 2008 levels after a significant decline. The plateaus in oil production, debt and GDP may be short-term, or may indicate a long-term lack of growth or decline in global economies.

It’s interesting to note that oil production and demand has increased steadily by 10 million barrels of oil per day per decade since 1970―just as the world experienced the largest debt increase in global economic history.
Figure 2 World Oil Production and GDP (Crude Production in blue and scale on the right, GDP in red and scale on the left):

Figure 3 shows the high correlation of oil consumption to GDP. The relationship of oil production to these major economic factors―debt and GDP―are unavoidable. As goes oil production so goes the global economy. The major issue presented is that oil production has levelled off. If oil production cannot increase the world has reached “peak oil” and by extension, peak debt and peak GDP.

This means investors need to look for places which still exhibit growth prospects and may even benefit from peak oil over the next several years to decades.

“Peak oil” occurs when global productions hits maximum output and can no longer continue to increase, leading to a long-term decline in supply. Oil is what allows economies to operate, and without it to fuel many projects ― well, companies, consumers and banks would have no need for debt. Debt would dramatically drop, forcing down GDP in the process.

When peak oil and peak debt (and by extension peak GDP) will exactly occur is unknown, but global production has levelled off and the idea that we are rapidly approaching a global peak oil production is becoming more prominent in the media. Canada, however, is continuing to see its oil production rise―which is providing a very interesting opportunity for energy investors around the globe.

With debt and oil production levelling off, I believe that at some point the world will hit a “growth ceiling,” until some new technological advance drives us forward once again. This has happened throughout history, when there have been moments of radical growth following a new technology or an increase in productivity. Then growth levels off or declines until the next big idea comes along.

That big idea may or not be here yet ― shale gas, hydrogen and electricity are some the alternatives currently being explored; though the transition away from oil will take at least 30-50 years according to Vaclav Smil in the book, Energy Transitions: History, Requirements and Prospects. That’s not hard to fathom, given the vast infrastructure aligned with our dependence on oil. At this time, creating or extracting an alternative fuel and transporting it stills relies on oil.

In conclusion, I see the combination of (at least short term) peak oil and peak debt, which should cause lower demand and lower oil prices, continuing to do battle against the idea that lower oil production should obviously mean higher oil price.

To me, this means the oil sector will continue to be a hot bed of macro volatility and investor opportunity. And in my next article, I’ll explain how energy investors can best profit from the volatility created by these two forces. 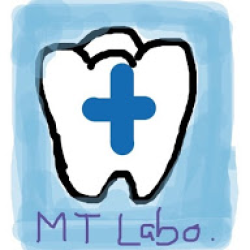